EFT CURED MY BACK PAIN

EFT Cured My Back Pain 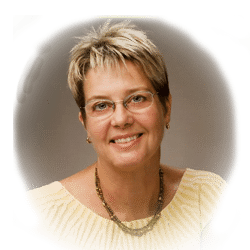 I had suffered from a chronic ,tight, aching, lower back for many years. It would always be sore and tight and every so often it would really seize up and I’d be in a lot of pain. I’d run to the osteopath and get some acupuncture but it didn’t feel like I was getting to the root of the problem.

Finally I decided to do some EFT on it. I know that lower back pain is often caused by stored anger and feeling unsupported.

I started tapping and very soon I was in touch with old feelings of anger about not being emotionally supported when I was a teenager. This is something I had thought I had resolved but there it was. There was still an emotional charge.

As I tapped the emotions resolved and so did my tight achey back. This was several months ago and even after the usual triggers such as digging in the garden, my back has felt really good and strong.

If you suffer from back pain, EFT may be the modality that can finally help you heal your back.

I also recommend books by Dr. Sarnow. He writes about the connection between anger and back pain.

Want new articles before they get published?
Subscribe to my Awesome Newsletter.